The Saint Benedictus-Abbey, also known as “Achelse Kluis” has one foot in Belgium (Hamont-Achel) and the other in the Netherlands (Valkenswaard) in the middle of a nature reserve of fields, forests and heath.

In 1686, Petrus Eijnatten founded a hermitage there and the abbey grew steadily. The brewery that produces the Achel brand became operational in 1852 but unfortunately had to stop when WWI broke out. It was shut down in 1914, when the German invaders requisitioned the facilities in 1917 and the brewery did not get back on its feet again…

…until 1998. That year, a brand-new brewery was built in the old stalls and the production of Achel could finally get a fresh start.

The Achel is available in two different alcohol percentages and colours: 8% and 9,5%, blonde or brown. 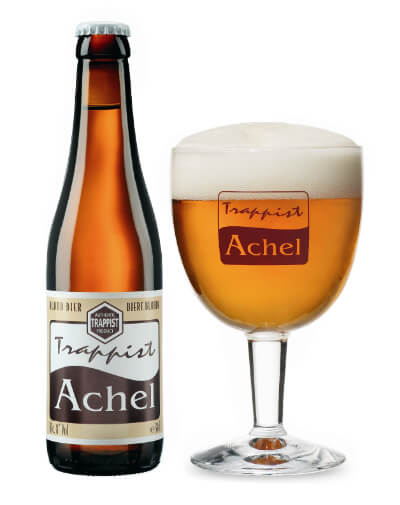