In 1881, French Trappist monks took shelter in the lands of the Koningshoeven Abbey in Berkel-Enschot, Dutch Brabant. 3 years later, in 1884, they decided to brew their own beer to raise money in order to become self-sufficient and support their charitable commitments. To this very day, beer is brewed inside the walls of the abbey according to the Trappist rules.

Even though each La Trappe beer has its own personality, they all share a few common features. These are all pure beers that are produced with patience, love, passion and traditional craftsmanship according to the strictly secret recipes of the Trappist monks. 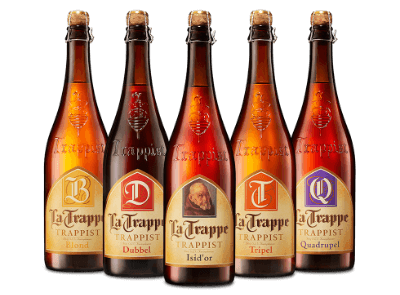