Rochefort is a Trappist beer is brewed and bottled in the Abbey of Notre-Dame de Saint-Rémy in Rochefort in the heart of the Namur province.  A Cistercian abbey for nuns already existed there in 1230 but was later destroyed in 1789. Monks rebuilt the abbey in 1887 but the first Rochefort beer only came out in 1899.

The “Trappistes Rochefort” is a brown beer. In the current collection, the 6’ is the oldest one. This beer dates back to the first half of the 20th century and compares pretty well to a double. However, it distinguishes itself by a spiciness that seems to be characteristic of today’s Rochefort beers and that one normally only finds in a heavier barley wine. In response to the growing demand for a stronger beer, they began brewing the 8’ and the 10’. Even though these three beers are completely different, they undeniably belong to the same Trappist family. 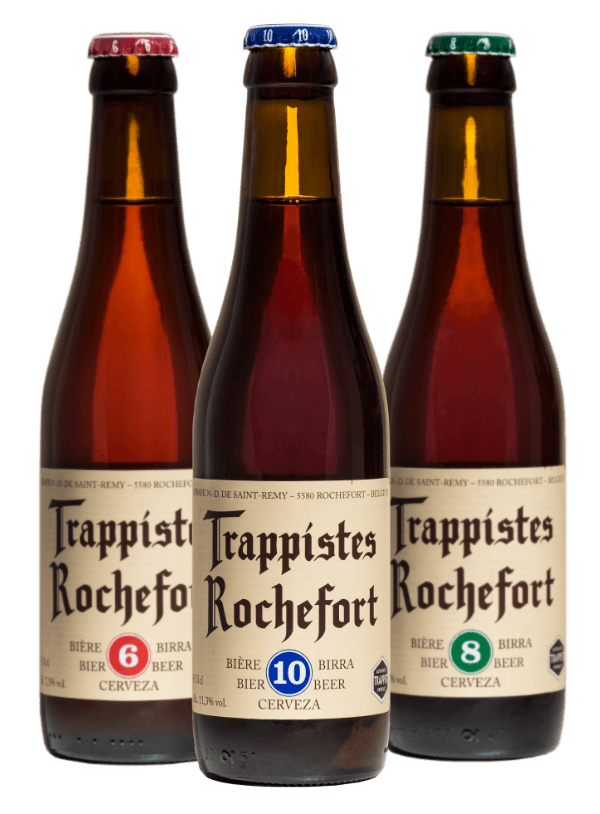